Submission: Recommendations on the Required Transition to a Low Carbon Economy, to Address the Climate Emergency 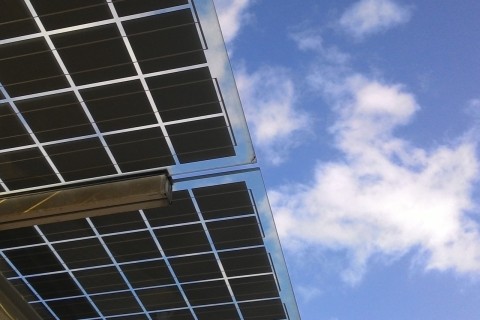 To the House of Commons Finance Committee regarding Pre-Budget Consultations for the 2020/21 Federal Budget:

For this year’s pre-budget consultations, the Committee asked interested groups and individuals in particular to provide advice on the theme of “Climate Emergency: The Required Transition to a Low Carbon Economy.” Finance Minister Bill Morneau seems to have already taken your advice as he said that the environment would be a major focus of this budget. Our supporters also identified addressing climate change as a top five priority and so I will start with this issue.

We agree this budget must be a climate action budget with substantial federal investments to make the transition to a low carbon economy.

The Green Economy Network has called for an additional $81 billion investments over the next five years—or an average of $16 billion a year—in building retrofits, renewable energy, energy efficiencies, public transit and high-speed rail. This could reduce our GHG emissions by up to 35% which would meet our targets for 2030. These investments would also create an estimated one million person years of employment and so good for both the environment and the economy.

Next, we need to discuss how this could be paid for.

Secondly, the federal government should strengthen its carbon tax framework by eliminating the preferences for large emitters and converting the cap and trade program to a transparent carbon tax with border carbon taxes and rebates, as the EU is planning. This would maintain the competitiveness of Canadian industries and provide an incentive for other countries to also take action.

The federal government could also generate many billions more by closing regressive and ineffective tax loopholes, as we’ve argued for a number of years.

We’re glad to see the government planning another review of tax expenditures but it could achieve far more than the $1.5 billion projected in the Fall Economic Statement. This review should be truly public, and involve broad public consultations and input. Perhaps this Finance Committee could play a role?

One of the most regressive tax loopholes is of course the stock option deduction: this should be completely eliminated instead of the complicated and unfair proposal proposed in the 2019 budget.

We are glad all parties agree large foreign e-commerce companies should be required to pay tax on the business and revenue they generate from Canadians.  Applying the GST and sales taxes to imports of all digital services is essential to level the digital playing field. Applying a digital sales tax to the revenue of large foreign e-commerce corporations is also an important step on the route to real international corporate tax reform, now under discussion at the OECD.

Together with this, Canada should certainly put limits on the interest payments corporations can deduct, particularly to offshore subsidies. We’re glad that the government is planning this, but the cap should be reduced to 20% or 10%.

The federal government should also end the ability to shift profits to offshore affiliates by requiring corporations to demonstrate that their affiliates carry out actual economic activity.

Ultimately we should shift to an international corporate tax system with unitary taxation of corporations and apportionment of their profits according to a formula that reflects real economic activity—just as we allocate corporate profit for tax purposes between provinces in Canada and in the U.S.

We also need increased investments in the Canada Revenue Agency. Funding for the CRA has only just recovered last year to what it was ten years ago in real dollar terms. We were glad to see the Conservatives also pledge to increase investment in tax compliance and enforcement as this would pay back many times in increased revenues to reduce the large tax gap.

[Related material, including Mr. Sanger’s responses to questions from Committee Members, are available through the records of Parliament.]

{Image from the House of Commons Finance Committee website.}