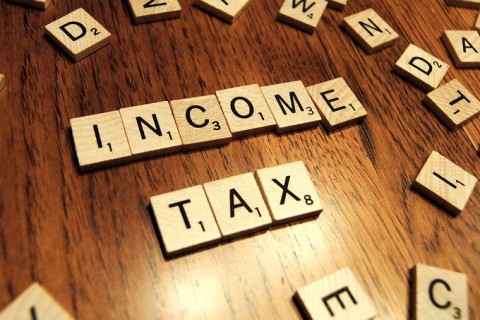 Canadians for Tax Fairness (C4TF) is pleased the government is moving forward with stronger mandatory disclosure rules. Changes are long overdue. The OECD’s Mandatory Disclosure Rules, Action 12 was released in 2015. Several of Canada’s international allies have already implemented stronger rules. Given the size of the “tax gap” between expected taxes and taxes actually paid as estimated by the Parliamentary Budget Office, delayed implementation has likely cost the federal government billions in revenue. [1]

In 2019, former IMF chief Christine Lagarde observed that “the ease with which multinationals seem to be able to avoid tax … undermines faith in the fairness of the overall tax system.”[2] A recent poll by Abacus confirmed that tax fairness is an important issue to Canadians.[3] A sizable majority believe that wealthy people and corporations do not pay their fair share.

The sense of unfairness is undoubtedly related to worsening income and wealth inequality. Between 2010 and 2019, only Canada’s top 1% increased their share of total wealth. The share of every other group declined or remained the same.[4]

While many factors have driven this worsening inequality, our tax system has worsened the situation. For decades governments around the world participated in a “race to the bottom” on corporate income tax rates and cuts to the top marginal rates for personal income tax. At the same time, the use of tax havens exploded as part of increasingly complex international tax avoidance schemes. Our tax system has not evolved alongside the new tax avoidance tools made possible by both digital technologies and the rapidly expanding digital economy.

Major leaks of international tax documents to the International Consortium of Investigative Journalists (ICIJ) have exposed the breadth of tax dodging by the wealthy and corporations.[5] While these leaks led to tax recovery and prosecution in many countries, Canada has yet to charge a single person, despite the presence of many Canadians in the leaked documents.[6] This is partially due to cuts to the investigative and enforcement capacity of the Canada Revenue Agency (CRA). However, it is also due to our outdated tax code, which has allowed tax avoidance schemes to proliferate.

More recently, a leak of tax filings with the United States’ Internal Revenue Service (IRS) to the online news outlet ProPublica revealed some of the methods billionaires use to pay little or no tax.[7] Given the stronger disclosure rules in the U.S., this is worrisome for Canada.

C4TF welcomes the changes in mandatory disclosure rules identified in Annex 6 of the 2021 Federal Budget pertaining to notifiable transactions, corporate reporting of uncertain tax treatments, and extensions to reassessment periods. However, we also believe stronger and additional measures should be included in these changes.

Canada should certainly follow the recommendations of the OECD and reduce the requirements for what qualifies as a reportable transaction. Canada should also follow the lead of the U.S. and require notification for “transactions of interest”, which could be a transaction that qualifies as tax avoidance, but for which there is insufficient evidence. However, rather than require the disclosure after a tax scheme has been implemented, novel tax planning structures and transactions should be reported to the CRA for approval. Tax advisors and taxpayers could be allowed to implement a plan that is pending approval, under the condition that subsequent rejection of the plan by the CRA will require payment of the tax, but without penalty.

Taxpayers and tax researchers would benefit from greater knowledge of tax avoidance schemes that have been identified by the CRA. Certain groups of taxpayers are more vulnerable to tax planning promoters offering schemes that qualify as tax avoidance, including the elderly, immigrants, and those whose first language is not English or French. A readily available resource to compare a promoted plan with known tax avoidance schemes would help those individuals avoid unwittingly falling afoul of a scheme that has already been deemed tax avoidance. It would also serve to facilitate reporting of the broader category of “transactions of interest”. Tax planners could more easily compare devised structures and transactions within categories of previously identified tax avoidance schemes. Additionally, this resource would better help tax researchers understand the ways that the wealthy and corporations manipulate tax law at the legal margins.

Annex 6 notes that corporations reporting under IFRS must identify uncertain tax positions. Among the suggested changes to the mandatory disclosure rules is a requirement that uncertain tax treatments be reported to the CRA. However, more of this information should also be made available to the public. Current disclosures by public corporations are scant. This makes it difficult for investors and other stakeholders to understand any potential risks associated with their tax plans.

Corporations are increasingly powerful social actors and require greater public accountability. Understanding how they reduce their tax bills is a vital part of ensuring accountability. Any corporation that wishes to have its uncertain tax treatment kept secret should have to demonstrate to the CRA how public disclosure would potentially jeopardize its operations.

C4TF has long advocated that country-by-country reporting of corporate financial information, including taxes, by large multinationals be made public. This is essential to understanding how corporations are shifting profits and avoiding taxes. There are numerous questions about whether or not some of the world’s largest corporations, with substantial presences in Canada, pay any corporate income taxes in this country, and most are surprised that we just don’t know. This disclosure should follow the global standard for public reporting on tax agreed-upon and published by the Global Reporting Initiative.[8]

The ProPublica leak highlights the fact that stronger disclosure is not enough. Alongside stronger rules, we need more resources for the CRA to investigate tax avoidance and enforce tax compliance. We also need more transparency to allow for greater public scrutiny.

We are hopeful that the planned changes to mandatory disclosure will help the CRA better identify tax avoidance schemes. However, we believe more public transparency is another key to creating a fairer tax system.

We are more than happy to discuss further any of the material in this submission. We thank you for your time and attention.

The PBO estimated the tax gap from corporate tax avoidance via international schemes to be between $15 and $25 billion. Once wealthy families and domestic schemes are added in, the gap is certainly much higher. Of course, these rules would not close the gap completely.

[5] See https://www.icij.org/investigations/ for coverage of various leaks, including the Panama Papers, the Paradise Papers, and the FinCEN Files.