Submission: Taxes, loopholes and whistle-blowers; how to improve Budget 2021 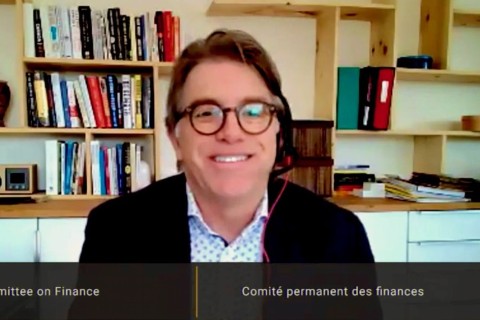 To the House of Commons Standing Committee on Finance regarding the Budget Implementation Act (Bill C-30):

"There are a lot of important positive measures in Bill C-30 and I’d like to commend the government for proceeding with them.  These include the federal $15/hour minimum wage, extension of COVID and EI benefits, funding for child care, for infrastructure and more.

We’re glad the federal government will finally apply the GST/HST to imports of digital services, short-term rentals through digital platforms, and goods supplied through fulfillment warehouses like Amazon starting July 1st.  This is long overdue but still appreciated and one step towards levelling the digital playing field.

For far too long, we’ve given foreign digital giants—some of the largest companies in the world—generous tax preferences at the expense of Canadian companies and producers.  This has contributed to hundreds of business closures, thousands of jobs disappeared and billions in revenues foregone. Since the pandemic it has only got worse since, as sales by companies like Amazon have exploded while mainstreet businesses across Canada have suffered enormously.

The federal government should also eliminate the tax deduction for advertising on foreign internet platforms, which has contributed to billions in advertising going to Google and Facebook—and lost to Canadian media outlets.

While it isn’t this Bill, we’re also glad to see the government commit to introduce a Digital Services Tax on the revenues of foreign e-commerce giants starting next year. But the proposed DST will only apply to a small number of companies in specific sectors.  Because the digital economy can’t be ring-fenced, the Canadian government really must support fundamental international corporate tax reforms at the negotiations now taking place through the OECD, including: support for a global minimum corporate tax at 21% or higher, treating MNEs as unitary enterprises for tax purposes, and allocating the profit of MNEs between countries using real economic factors—just as we do between provinces in Canada.

We’re glad the government has also finally taken some action on restricting a number of corporate tax loopholes and the stock option deduction loophole. However, it should be completely closed instead of just partially closed.

This government should take inspiration from US President Joe Biden who is planning to eliminate lower tax rates on capital gains for the wealthiest. It’s unconscionable that the wealthiest in society pay a lower rate of tax on their investment income than ordinary working people pay on their employment income. This is something wealthy investors such as Warren Buffett, Bill Gross and Bill Gates agree with.

Speaking of the wealthy, inequalities of wealth have only got worse during the pandemic with Canada’s billionaires increasing their fortunes by over $80 billion over the past year. A mildly progressive wealth tax on fortunes of over $10 million could raise about $20 billion a year for the federal government. I’m glad this government committed to identify ways to tax extreme wealth in its throne speech, but disappointed there was nothing about it in this budget.  A large majority of Canadians—including Conservative supporters—support having a wealth tax.  Even the IMF and the OECD both recently called for countries to introduce and expand inheritance and wealth taxes—so I hope we’ll see them in a number of different election platforms soon.

And just as Canada’s billionaires have become much wealthier during the pandemic, many large corporations have also made record profits.  A study we released yesterday revealed that 50 of Canada’s large corporations made record profits last year, with a number also collecting the CEWS wage subsidy and paying low rates of tax.  When the CEWS program was first introduced more than a year ago, I was the first to call for much stronger conditions.  This would have prevented the type of misuse and wastage of public funds that we’ve seen with this program.  We should now do what we did during the world wars—and what the IMF recently suggested—and introduce an excess profits tax and pandemic surtaxes on those who have profiteered during the pandemic, and recover some of those public funds.

We’re glad the government is making carbon incentive payments more visible, something we’ve advocated for many years. But the federal carbon pricing framework needs to be significantly strengthened by ensuring large emitters pay the full carbon price and applying carbon tariffs and rebates for imports and exports to countries without carbon pricing so Canadian industry and jobs aren’t adversely affected.  We also need to finallyeliminate federal fossil fuel subsidies. It’s long overdue that we end this climate hypocrisy.

Finally, I’d like to commend the Finance Minister for committing to introduce a public registry of the real owners of companies. This will help to reduce money laundering, tax evasion and other criminal activities.  The federal government should also increase transparency and accountability in other ways, including by strengthening whistle-blower protections and requiring large multinational corporations to publish country by country of their sales, profits, and taxes paid."