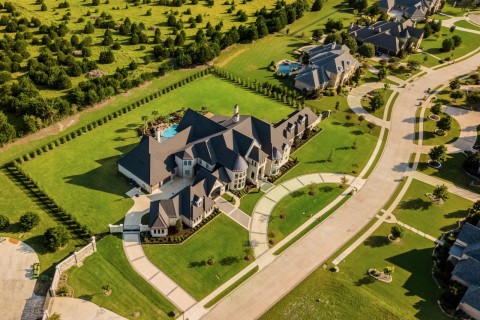 While the one percent are obviously much richer than the average person, the disparity is even more stark when we look at the ultra-elite 0.01 percent.[1] A growing share of ultra-elite income is from capital gains. That makes elimination of the capital gains exclusion one important step in reducing inequality.

The figure above shows just how much higher ultra-elite incomes are than even other members of the one percent, let alone the rest of us. 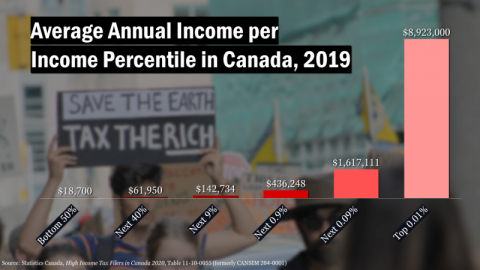 In 2010, Occupy Wall Street popularized the slogan “We are the 99%” to confront the excess of wealth and power of the top-earning one percent. Unfortunately, those at the top continue to grab an oversized share of incomes and wealth, both in Canada and globally. Between 2010 and 2019, the top one percent added almost $140,000 to their average incomes, while the ultra-elite 0.01 percent enjoyed an increase of $2.9 million.

ALL ABOUT THE CAPITAL GAINS

About one-quarter of realized capital gains goes to each of these groups. That means the 28.8 thousand people in the top 0.1 percent—a share of the population too small to see on the chart—get as much as the 25.9 million people in the bottom 90 percent.

Capital gains comprise a growing share of the ultra-elite’s income. As seen in the table below, more than half of the increase in average income for both the top 0.01 percent and the next 0.09 percent was from realized capital gains.

Our progressive income tax system reduces inequality. However, in 2019 the 0.01 percent were able to pay a lower effective tax rate on reported income than the rest of the top percentile: 30 percent vs. 31 percent.

This inversion at the extreme top end is possible for at least three reasons: 1) insufficient upper tax brackets, 2) the growing share of capital gains within elite incomes, and 3) the increasing use of sophisticated tax planning schemes.

In 2019, Canada’s top marginal tax bracket applied to all income above $210,371.[2] Adding another tax bracket at $750,000—the approximate threshold of the 0.1 percent—could bring in $1 billion or more in additional government revenue while also reducing inequality. An additional bracket at $2.5 million, which would cover the 0.01 percent, would go even further.

Income from realized capital gains are given preferential treatment relative to labour income. Half of capital gains are automatically exempt from taxation. This means that increasing the portion of elite income that comes from capital gains serves as an effective tax cut for the rich.

At the same time, the ultra-elite have the greatest incentive and ability to hire costly lawyers, accountants, and other specialists to help them side-step tax responsibilities. The loopholes that governments create, or refuse to close, really only benefit a tiny portion of the population.

Those that dismiss concerns about income inequality claim that relative income does not matter. These folks argue that we only need to worry about absolute deprivation. Tellingly, those making these arguments are rarely found working to reduce poverty, hunger, homelessness, and other features of deprivation.

While it is obviously important to make sure everyone has their basic needs met, relative incomes still matter. Here’s why:

Most importantly, more inequality undermines social cohesion. During the pandemic, we were often told that we’re all in it together. But when some people grab so much more of the pie, it is hard to feel like that is true.