Canada is being outdone on fair taxes 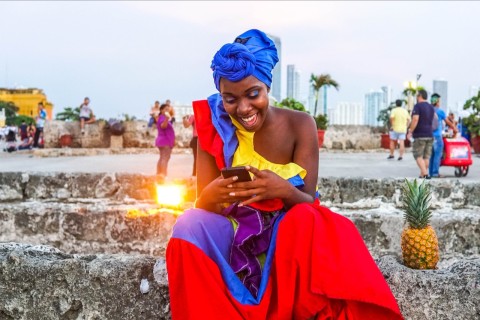 [This article was originally published in Canadian Dimension.]

Meanwhile, other countries are leaving Canada behind, and implementing fair tax policies that will help them address key issues like inflation, housing costs, and the climate crisis.

South of the border, the Democrats’ deflated version of the Inflation Reduction Act includes several good measures such as increased funding for tax enforcement via the IRS, a stock buyback tax, and an extension of limits on deductions for business losses. Most interestingly, corporations with average profits of more than $1 billion over the previous three years will be required to pay taxes of at least 15 percent of their worldwide “book” profits.

Here, tax enforcement needs new priorities. While the Canada Revenue Agency pursues small-time Canada Emergency Response Benefit (CERB) income support violations by low-income Canadians, an absurdly low number of companies were penalized for misuse of the Canada Emergency Wage Subsidy (CEWS) program. Small businesses have been disproportionately targeted versus huge corporations like Amazon, which can use complex corporate structures and tax havens to unfairly reduce their tax bills. Meanwhile, the CRA closed its probe and won’t say more about KPMG’s scheme to help multi-millionaires hide their fortunes as fake gifts via anonymous shell companies in the Isle of Man.

A couple of American congressmen have now proposed a Billionaire Minimum Income Tax Act. Maybe they should propose it for Manitoba, where foreign billionaires like Charles Koch are benefiting from tax rebates that are supposed to help families and small businesses make ends meet.

In the United Kingdom, God save the new Register of Overseas Entities, which will require information on the beneficial owners of property to be publicly available—a huge milestone in the fight against tax dodging and money laundering. It comes none too soon: the Panama Papers whistleblower recently spoke out publicly for the first time since 2016, despite the death threats, to warn that the offshore tax haven system continues to operate unchecked, at a time when the world is “careening closer to catastrophe.”

Canada’s registry is slated to be up and running next year, and that’s great news. However, to be effective, Canada’s registry must include the provinces. Given the state of relations between the federal and provincial governments, some provinces may balk. The longer it takes to get a truly pan-Canadian registry, the more our economy is exposed to illicit financial flows.

Compare that to Canada’s absence of any real plan to address what UN Secretary General António Guterres called the “grotesque greed” and “scandalous profits” of fossil fuel companies, while our tax dollars subsidize oil and gas at rates many times higher than renewable energy.

Chile’s government plans to increase taxes and royalties on major copper production to finance a new guaranteed minimum pension fund. It will also raise taxes on high-income earners and capital gains, introduce a new wealth tax for citizens with more than $5 million in assets, and attempt to reduce tax exemption and evasion while giving tax breaks for rent and care for children under two and the severely dependent. And 97 percent of taxpayers won’t be affected.

Canadians hit hard by inflation could use policies like that, as corporations like supermarket chains and global food giants reap record profits from price hikes and record-low tax rates.

Mine-rich Mongolia teamed up with the OECD and UNDP to enhance its tax agency, trace corporate abuse of shell companies in tax havens, and got back $228 million from one tax-dodging multinational mining giant alone.

Meanwhile in mine-rich Canada, the CRA employees union pressed senior leaders to do something about foreign multinationals that book their profits elsewhere, but said they haven’t been heard. And while the CRA is finally demanding info on 97 companies identified in the 2016 Bahamas Leaks as connected to RBC, what about the nearly 1,900 other companies identified as linked to RBC, CIBC and Scotiabank?

Now it’s not all doom and gloom. For instance, on the affordable housing front, BC’s speculation tax apparently brought 20,000 units back to the rental market. The CRA’s own numbers show they’re cracking down on real estate tax dodging in Toronto and Vancouver. And an annual one percent tax on the value of vacant or underused foreign-owned residential real estate came into effect this June.

Unfortunately, these examples are only a fraction of what Canada could actually do, and what other countries are already doing.