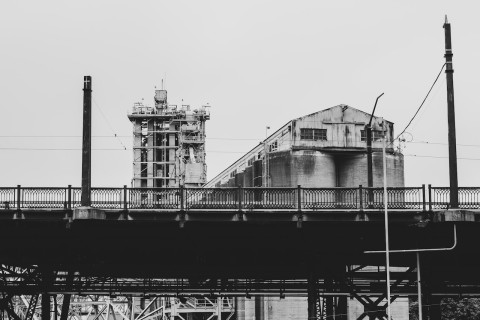 Cargill Ltd, which operates the High River, Alberta slaughterhouse that is Canada’s single largest COVID-19 outbreak, has another dirty secret: it channels most of the profits from its Canadian operations to its American billionaire owners through holding companies based in the tax haven of Luxembourg.

The conglomerate has at least 48 companies registered in Canada, including 2,000 workers at their High River Alberta slaughterhouse and 950 workers at their slaughterhouse in Guelph. Together, these two plants slaughter 6,000 cattle a day, providing 55% of Canadian beef.  Cargill has been the exclusive supplier of not only beef, but also chicken and eggs to McDonald’s restaurants in Canada.

Most of Cargill’s Canadian corporations are owned through two Luxembourg-based holding companies: Cargill International Luxembourg 6 S.A.R.L. and Cargill International Luxembourg 12 S.A.R.L. Together these two holding companies own 100% of Cargill Ltd (registered in Manitoba), through which they own dozens of other companies registered in Canada. Cargill also has a major financing and trading subsidiary based in Switzerland and subsidiaries based in Caribbean tax havens of Bahamas, Barbados and the British Virgin Islands that were exposed through the Paradise Papers and other tax leaks.

Argentina charged Cargill with evading over US$250 million in taxes and duties owed in that country by routing profits through tax havens. Cargill and Goldman Sachs were also found guilty of tax evasion in the UK and handed an almost US$100 million penalty by the UK Revenue agency for dodging taxes in that country.

While Cargill is a private company and so not required to disclose many details about its finances or operations, it is clear that it continues to make its billionaire owners very wealthy. Its annual revenues exceed US $100 billion and reported profits average US$2.5 billion annually. Their real global profits are likely much higher, but sheltered in tax havens across the world.

In stark contrast to Cargill’s wealthy owners, the majority of the workers at their slaughterhouses in Canada are at the other end of the spectrum. Many are recent immigrants or temporary foreign workers, with starting wages at about $20/hour.  Despite the fact that half their 2,000 workers and another 600 in the community are now infected, the slaughterhouse only paused operations for two weeks.

The company re-opened operations on 4 May, despite a large majority of the workers and the UFCW union that represents the workers strongly opposing the re-opening.  While BC health authorities have shut down poultry slaughterhouses to prevent further COVID outbreaks, the Alberta government and health authorities have refused to close the plant, saying it’s up to Cargill whether it reopens.

The company neglected to provide protective equipment and measures at its plant and was slow to take action, which allowed the disease to spread. They provided infected workers with incentives to return to work and their company nurses reportedly told infected workers to return. Despite strong warnings many weeks ago by the union and Alberta NDP leader Rachel Notley about danger of COVID-19 spreading at the plant, the Alberta government refused to take any action until hundreds had been infected.

While the union has told its members to stay home and not work if they don’t feel safe, temporary foreign workers are more vulnerable.  Many no doubt feel their permits to work in Canada won’t be renewed and some may not be able to access government assistance if they refuse to work.

Safety of the workers and members in the community should be paramount and the company’s insistence on re-opening raises red flags about placing private profits over people. While the Alberta government, employment and health authorities bear primary responsibility for ensuring safety at the plant, the federal government has a role to play to ensure that all workers, including temporary foreign workers, are protected.

The primary concern should be the safety and health of Cargill workers, people in the community, and of the food supply on the public, but the Cargill situation also raises other questions. These include: