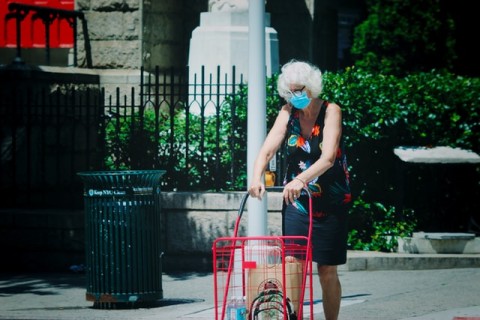 Canada’s tax ombudsman is sounding the alarm over how vulnerable and marginalized individuals are treated by the Canada Revenue Agency.

In a report released this week, Taxpayers’ Ombudsman Shera Profit cautions that the tax system is “systematically oppressive” to vulnerable, Indigenous and remote populations while failing to meet their unique needs.

Some examples include requiring documentation that is harder to obtain in remote or lower-income situations and breakdowns in communication such as getting conflicting information from the agency. Profit warns these shortcomings reduce the likelihood that vulnerable individuals will receive the benefits and supports they need.

The report comes at a time when government bodies, from policing to the justice system, are finally coming under scrutiny for reinforcing racism and class privilege. We recently wrote about the tax system’s long history of being used to oppress minorities and how the time has come for us to fix the system to that it reduces inequalities instead of contributing to them.

It’s not the first arms-length study to flag concerns about how the CRA treats taxpayers from different backgrounds. The Auditor General’s 2018 report found the agency was harder on individuals and small businesses owing less amounts than it was on larger corporations and wealthy individuals.

The CRA has made considerable progress in the past decade with re-investments under the Liberals since former Prime Minister Harper inflicted deep cuts on the agency, particularly on the sections dealing with large corporations and offshore financing.  It has issued a number of tax gap reports, become more proactive, and done an excellent job of developing and delivering income support programs through the pandemic.  But much more progress needs to be made.

While it is rare for large corporations to be convicted of tax evasion, it not uncommon for small organizations, charities and lower-earning individuals to be prosecuted for much smaller amounts.

Canadians for Tax Fairness has long advocated for changes to how the tax system treats vulnerable populations. We recently highlighted how COVID-19 has weakened already strained resources for vulnerable individuals.

Some of our recommendations to improve the tax system include:

We hope the Ombudsman’s report will be used as a catalyst to significantly reform the tax and benefit system so that it does a better job of helping those in greatest need and ensuring the richest among us contribute their share.