The Road Ahead for Tax Fairness: How Canada's parties can work together 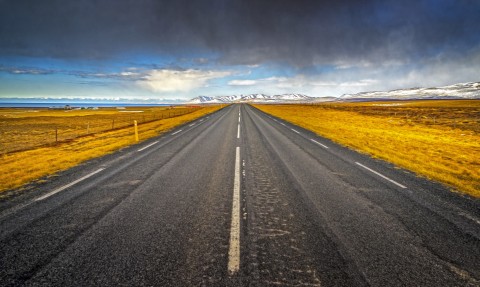 The Parliament produced by Election 44 is little changed from its pre-election composition. Nonetheless, there are reasons to hope that the renewed minority mandate will produce positive government action on tax fairness.

The election put the Liberals back into a minority position with the NDP and Bloc each holding a balance of power. Both the NDP and the Bloc advocated some strong revenue measures in their platforms. NDP leader Jagmeet Singh said that increased taxes on the wealthy would be a condition of his party’s support.

Our analysis of the Liberal election platform lamented a lack of ambition. However, given the powerful positions of the NDP and the Bloc, the Liberals could be encouraged or compelled to take more bold action on tax fairness.

Here are a number of ways the Liberals, NDP, and/or Bloc could achieve important tax policy outcomes that confront inequality and generate revenue.

All of the parties that won seats in Parliament called for increased support for the Canada Revenue Agency. They all identified the need for greater investigation and enforcement on the wealthiest individuals and most powerful corporations.

The taxes of the wealthy grow ever more complex as tax planners devise new schemes to reduce tax bills, and the wealthy take advantage of lowered barriers for transnational capital flows. Ensuring that they are paying their fair share requires expertise and experience. This was undermined by years of cuts at the same time as the responsibilities of the CRA were expanded.

Among all the parties, the Liberals promised the most increased funding. With unanimous backing for increased funding of the CRA, the Liberals should be able to quickly make good on this promise. The government should move quickly to increase CRA funding and improve the agency’s ability to identify tax dodging by corporations and the wealthy.

In addition to more funding to support the CRA, the government should mandate and empower the agency to provide greater transparency about taxes levied and collected. This should be part of a wider agenda to improve financial transparency.

The Liberals’ promise to increase CRA funding by $2.5 billion over four years was estimated by the Parliamentary Budget Officer to bring in an additional $11.9 billion in revenue.

Currently, producers in countries without some form of carbon tax enjoy an effective subsidy relative to Canadian companies. This means imports from those countries are artificially cheaper than domestic production, which may drive emissions elsewhere rather than reduce them. A border carbon adjustment would address this disparity. The adjustment is essentially a tariff applied to imports of goods from countries that do not charge producers for emissions.

The Liberals, Conservatives, and New Democrats all mentioned a border carbon adjustment in their platforms.

During the pandemic, many companies reaped profits not from increased productivity, innovation, or efficiency, but rather as an outcome of the government-supported pandemic economy.

The Liberals promised to introduce a temporary “Canada Recovery Dividend” on banks and insurance companies with earnings greater than $1 billion per year. We criticized this as an unnecessarily narrow implementation. However, it is an excellent starting point.

The NDP advocated a more general excess profits tax. Together, the two parties should be able to quickly introduce a revenue measure that diverts pandemic-derived profits from corporate coffers back to the government where they can fund continued recovery spending.

Rein in the REITs

There is little economic rationale for maintaining the trust structure for real estate. The most worrying aspect of the REITs is their increasing control of residential rental accommodations. They have also grown as a significant lobbying force.

The Liberals promised to “review the tax treatments” of the “large corporate owners” of residential housing, including the REITs, and to “curb excessive profits.” The NDP should support an immediate review as part of both addressing inequality and making housing more affordable.

Admittedly, this is a long-shot. The Liberals did not include a wealth tax in their platform. Shortly before the election, Liberal MP Nathan Erskine-Smith publicly mused about the possibility of a one-time wealth tax as part of reducing the pandemic-induced federal debt. However, such a measure was nowhere to be found at election time.

The NDP called for a permanent wealth tax of 1% on fortunes greater than $20 million and aggressively campaigned on the issue. This provoked a backlash from the Prime Minister, who insisted his party had done “significant things” toward ensuring the wealthy are paying their fair share.

While the Liberals did increase the top marginal personal income tax rate, and will soon implement a long promised digital services tax, there is much more that must be done to truly confront inequality. A wealth tax would be the most direct means of doing so. It would also generate considerable revenue. The PBO estimated that the NDP’s proposed wealth tax would bring in $60 billion over the next four years.

In his response to the NDP, the PM equated wealth with success, which is unfortunate. The idea that a billionaire investor deserves orders of magnitude more wealth than a personal support worker caring for our elders in long-term care is patently ridiculous, but somehow widely accepted. The rich get richer mostly by already being rich.

The Bloc also included a wealth tax in their platform, although like the Erskine-Smith version, it was intended to be temporary, lasting just three years.

While it is unlikely the Liberals will introduce a wealth tax, at the very least they should do as Linda McQuaig recently suggested and hold a public inquiry on the measure.

Currently, just half of the profit made from the sale of an asset is taxed as income. C4TF has long advocated eliminating this preferential tax treatment.

During the election campaign, the Liberals made no mention of the capital gains inclusion rate. A motion at the last Liberal convention to raise the inclusion rate was rejected. Yet, such an increase could occur under this government.

In the 2019 mandate letter to then-Finance Minister Bill Morneau, Justin Trudeau said the minister must “undertake a review of tax expenditures to ensure that wealthy Canadians do not benefit from unfair tax breaks.” In the supplementary letter given to Chrystia Freeland when she became Finance Minister, she was tasked with identifying “additional ways to tax extreme wealth inequality.” Increasing the inclusion rate for capital gains would go a long way toward both goals.

More than 90% of the benefits go to the top 10% of income earners [pdf]. The preferential treatment of unearned capital gains relative to wage income is egregiously unfair. It also costs the federal government over $11 billion a year.

The motion rejected at the Liberal convention called for complete inclusion of capital gains, which C4TF also advocates. However, the NDP campaigned on raising the inclusion rate to 75%. This is a compromise position that the Liberals might be willing to adopt.

Chrystia Freeland is one of the highest profile Liberals. She is the first woman to ever serve as federal Finance Minister. Before her time in office, Ms. Freeland was a well-known journalist who authored a book titled Plutocrats: The Rise of the New Global Super-Rich and the Fall of Everyone Else. Before becoming finance minister, she was the Minister of Foreign Affairs. She is the perfect figure to lead tax reform efforts at the international level.

Fears are overblown that unilateral action by Canada to raise taxes on the wealthy will drive them out of the country. However, one of the best ways to counter such fears is through concerted, coordinated effort among the leading economies. As the sub-title of Ms. Freeland’s book makes clear, the target of her criticism was the “global super-rich.” This rarefied group has enjoyed decades of preferential tax treatment.

Corporate income tax rates are at historical lows after an international race-to-the-bottom. Transnational corporations are increasingly able to assign their profits to jurisdictions with the lowest tax rates. Ultra-wealth individuals are able to shelter their wealth in low tax jurisdictions, often anonymously through shell companies.

After the election of Joe Biden as U.S. President, and his appointment of Janet Yellen as U.S. Treasury Secretary, the U.S. began advocating more progressive international tax measures. This comes after several years of recommendations by the OECD for international tax reform to reduce the shifting of profits and the erosion of countries’ tax bases. So far, unfortunately, Canada has followed, often slowly.

The NDP and the Bloc need to remind Ms. Freeland of the convictions that led her to write critically about the “global super-rich”. And Ms. Freeland needs to use her knowledge and authority to put Canada out in front on these matters.

One of the most important achievements of the Trudeau Liberals was ending the near consensus on austerity that the Liberals had shared with the Conservatives. While Stephen Harper is often regarded as the Grinch when it comes to federal spending, it is important to remember that it was the Chrétien Liberals that slashed both revenue and spending measures.

When the Liberals under Mr. Trudeau ran on perpetual deficits many pundits thought this spelled political death. But the electorate rewarded this position. It is important that the Liberals maintain their bulwark against those insisting that record debts demand spending cuts. If large deficits are a concern then more progressive taxation is the answer.

We may be fitfully recovering from the pandemic. But the climate crisis continues. There is much work to be done for years to come. There is no time to waste.

The renewed minority government must work with the other parties to effectively govern. Our hope is that the progressive elements within the Liberal party will be emboldened by the need to collaborate with the NDP and the Bloc to pass legislation.

In the above areas of actual and potential alignment, we’ve identified tens of billions of dollars in revenue measures. These could make possible significant investments in a just transition. Or a long overdue Pharmacare program. Or a renewed social housing program.

While we remain hopeful, we know that social organizing is, as ever, key to getting the governing and opposition parties to make real strides towards a more just and equitable society.

{Photo by Xan White on Unsplash}