Tough times ahead will require new federal tax policies in 2023 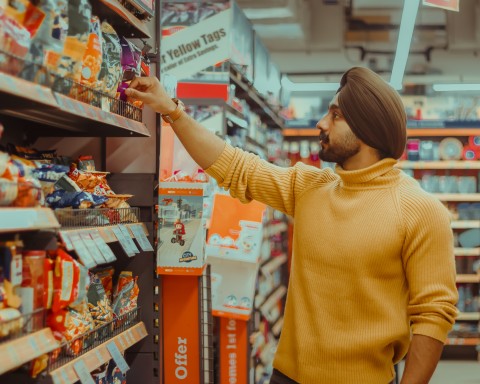 This article was originally published in the Hill Times.

Families already feeling the pinch this holiday season will get no relief with Canada’s annual Food Price Report this week projecting food costs will continue to climb by five to seven per cent in 2023.

The bad news comes at the end of a challenging year for Canadian households that have faced rising prices everywhere from grocery stores to energy bills. With the additional costs of holiday spending, the new year isn’t looking bright for many families.

To deal with inflation, the Bank of Canada has been raising interest rates. These hikes are making it harder for households with debt, lower-wage workers, and smaller businesses that can’t take on higher borrowing costs.

The federal government should use every tax policy tool available to address these stark distributional impacts or risk worsening inequality.

Just as we witnessed during the pandemic, economic turmoil is being profoundly felt by marginalized Canadians. Meanwhile, the most privileged and powerful are not only immune, but even benefiting from it.

Canadian corporations nearly doubled their profit margins from their 2002-2019 average of 9% to 16% in 2021. Corporate price hikes are driving inflation and making life less affordable for families, especially those on the edges. The majority of corporate owners benefiting from these higher profit margins are part of the 1%, exacerbating Canada’s wealth gap.

Canada’s corporate income tax rate has been at 15% since 2008. Restoring the corporate tax rate to 20% would raise $11 billion in revenue, according to the 2023 Alternative Federal Budget by the Canadian Centre for Policy Alternatives.

Despite their low tax rates, corporations are still finding ways to pay even less tax. Last year, 123 of the largest companies in Canada avoided $30 billion in taxes -- more than double the three-year average before the pandemic.

Corporations can lower their taxes by using tax havens or loopholes in the tax system. These means of tax avoidance need to be addressed.

The government has taken steps in the right direction. The fall economic statement proposed a tax on share buybacks, a loophole that primarily rewards rich executives and investors.

The 2022 federal budget also contained encouraging measures to tackle corporate profiteering, such as a windfall tax on the bank and financial sector.

These are positive developments, but there are many more effective policies the government can use. The PBO recently calculated that extending the windfall tax to other sectors could raise $4.4. billion in revenue.

The obvious place to expand the tax would be to Canada’s oil and gas sector, where 10 of the country’s largest oil and gas corporations claimed $66.5 billion in profits last year. Several countries, such as Germany, Italy and the UK, are already introducing windfall profits taxes on energy companies.

Australia is making history with a new requirement for multinational corporations to publicly report their global tax information to deter the use of tax havens and profit-shifting, which costs governments worldwide $500 to $650 billion annually in lost revenue.

With no signs of Canada’s affordability crisis improving, the latest bleak outlook for 2023 should motivate the federal government to immediately strengthen programs and services to help families through the hard times ahead.

Some will argue that Canada must keep its tax rates low to incite investment or create jobs. But studies have demonstrated that tax cuts do not lead to either. Instead, tax cuts have led to greater corporate cash hoarding, record CEO pay, and a wider wealth gap.

The tax system is a critical instrument to reduce excess wealth concentration and provide programs and services that benefit all Canadians.

Erika Beauchesne is the communications coordinator for Canadians for Tax Fairness, a non-profit organization that advocates for fair and progressive tax policies.