Presentation: Fair Taxes and Building a Future for All 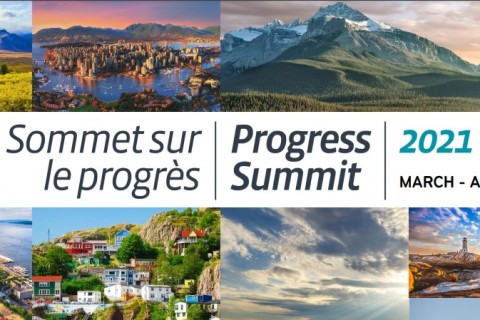 WHAT HAS EVOLVED: ADVOCACY WORK ON TAX FAIRNESS

Tax is no longer a four-letter word. For decades, right-wing anti-government and anti-tax advocates like Grover Norquist and the Canadian Taxpayers Federation, held sway so much that even many progressives were scared to advocate for taxes of any kind: they called for “levies” rather than taxes. Just a few years ago we had a Prime Minister who said “I don’t believe any taxes are good taxes.” Stephen Harper’s budgets weren’t called budgets, they were called “low tax plans for growth.”

Comparing that to the last election, we had, from the NDP and Greens, the most progressive set of tax policies that has been seen in political platforms for decades. Even the anti-tax Conservatives included a few tax measures in their platform.

It has been a game-changer having political parties and prominent politicians like Elizabeth Warren, Bernie Sanders and AOC in the US, and to have NDP leader Jagmeet Singh prominently and consistently advocate for more progressive taxes, like wealth taxes.

Support for fairer and more progressive taxes is very high, and broad. Support for a wealth tax on the super-rich in Canada is about 75% or higher, and includes a majority for all age groups and among supporters of all parties, including Conservatives.

They are making the connections and see that an unfair tax system that benefits the wealthy and corporations has not only led to shortfalls of revenue for critical public services, but has also led to much greater inequalities of not only economic but also political power. They realize that we need to collaborate and fight back to achieve progressive gains in all different areas.

There’s been much more collaboration, nationally and internationally. The Invest in our New York campaign is an example of that. It is amazing to know that 170 organizations are involved in the Invest in Our NY campaign. There have been many groups involved in the alternative federal budget, including the outstanding work of the Broadbent Institute.

We work with tax justice allies around the world and while we may have different circumstances in different countries, it has been really important to share ideas and to advocate on common issues and priorities. We are living in a global world, both inspired and very affected by what happens in other countries. International development organizations, like Oxfam and others, have been pushing for tax justice for many years.

We also should not discount the importance of having experts and prominent economists like Thomas Piketty, Joseph Stiglitz, Gabriel Zucman, and even Christine Lagarde – the former head of the IMF, as well as others, advocate for more progressive taxes. We should not be scared of pushing the boundaries advocating new things that have not been tried before. We are not going to make progress unless we do that, but when we do so, it really helps to have these prominent experts on our side so we can stand up to the naysayers.

IMPACT OF THE PANDEMIC

The financial crisis and the pandemic have both exposed the deep inequalities that we have, and in many ways worsened them. These crises have shown that we’re not necessarily all in this together, as billionaires have increased their wealth and skipped town, or skipped to the front of the line, while ordinary working people are suffering far more. We need to invest more to build back better, build a more equitable, inclusive, resilient and sustainable society coming out of this, and we know that fairer taxes, and tax justice, must be an absolutely integral part of that.

It’s Important to stress values. Inequality and fairness really move people, even more so in the pandemic. It can be seen that tax cuts have failed to spur growth or create jobs. With that being said, fair taxes could generate tens of billions in Canada to pay for important public services and that would create many more jobs and be better for the economy.

These things are linked. Most billionaires have accumulated their wealth through corporate and business interests, and they’ve made much use of personal and corporate tax loopholes and of tax havens. But some campaigns have had more traction during the pandemic than others, such as wealth taxes and excess profits taxes. Just recently we published a Fair Tax Recovery Plan that shows the federal government could generate an additional $75 billion annually from a number of measures which could pay for a lot to help fund a fair, just and sustainable green recovery.

WHAT NEEDS TO BE DONE?

There is a need for ongoing advocacy and support from people. On the other side, right wing advocacy groups have the money. For instance, one prominent anti-tax organization has a budget that is 30 times what we have. We need popular support and people to write in, demonstrate, advocate, and push those politicians of different parties. Many of them aren’t going to do anything unless you push them to do something.

Additionally, is it necessary to get support from different parties. There is a need to build alliances. A minority government, with the NDP potentially holding the balance of power, means we could see some action from the governing Liberals. Nobody wants to see an election, but if there is one, we need to make sure that very specific tax justice commitments are in their platforms, now more than ever. This is how we’re going to pay for a fair and just recovery.

INTERNATIONAL AND OTHER JURISDICTIONS