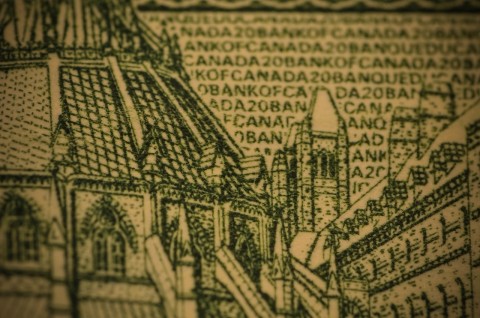 To the House of Commons Standing Committee on Finance, regarding Pre-Budget Consultations for the 2022/23 Federal Budget:

Canadians for Tax Fairness recommends that the Standing Committee on Finance:

1. Undertake a public review to identify federal tax expenditures, loopholes and other tax avoidance mechanisms that particularly benefit high incomes, wealthy individuals and large corporations and make recommendations to eliminate or restrict these.

2. Examine additional ways for the federal government to reduce wealth and income inequality through the tax system, while generating additional revenues to pay for improved public services.

3. Consider ways that the federal government could help reverse the race to the bottom on corporate taxes and make recommendations to ensure that corporations, and especially larger corporations, pay their fair share of taxes, as US President Joe Biden is doing.

4. Review and make recommendations on how the federal government could improve and strengthen its carbon tax framework, ensuring that large emitters pay an appropriately higher share while maintaining international competitiveness with border carbon adjustments, and finally eliminating fossil fuel subsidies.

5. Consider how federal and provincial governments could, in a post-pandemic world, more effectively deliver the many benefits that are delivered through the Canada Revenue Agency’s tax and benefit system infrastructure, including with the introduction of free automatic tax filing.

6. Undertake a broad review of, and make recommendations on how, the federal government could significantly increase the amount, detail, quality and timeliness of information publicly available on the financial conditions of individuals, corporations and trusts, including ownership, assets, income and taxes paid.

For these pre-budget consultations, the Standing Committee on Finance has asked for Canadians to share their thoughts on federal spending priorities.

The critical and unprecedented support by the federal government through the pandemic was absolutely essential in saving lives and preventing the crisis from becoming a catastrophe. But it also exposed large gaps in our social security system, from long-term care to employment insurance for contract workers. And now it is time to rebuild back better.

Additional funds for better public services—for childcare, pharmacare, long-term care, social supports, to support the recovery and address climate change—are critical to both improve the quality of life for Canadians and to support the recovery.  Dollar for dollar investments in public services create far more jobs and provide a stronger boost for the economy than tax cuts.

The tax and benefit system also has a very important role to play, in raising revenues to pay for public services and measures to support the recovery, providing benefits to those who need them most, establishing a fair and more equitable playing field, and ensuring all contribute their fair share.

In recent years, the federal government repeatedly promised to review federal tax expenditures to ensure that the wealthy don’t benefit from unfair tax breaks. Any reviews have been internal with modest results. The federal government should be much more ambitious and the Standing Committee on Finance can play a role in helping it, by holding its own public review of regressive tax expenditures and loopholes.

Some have called for a comprehensive fundamental review of our tax system, which Canada hasn’t had since the Carter Commission almost 60 years ago. But it took over a decade until the recommendations of that review were implemented. We believe that the fundamental direction established by the Carter Commission is still sound, but it has been chipped away and our tax system needs to be modernized, and simplified in a number of areas.

The SCF can and should play a critical role by undertaking a more targeted review of tax expenditures, loopholes and other tax avoidance mechanisms that particularly benefit high incomes, wealthy individuals and large corporations.

Canada’s top billionaires have increased their wealth by almost $100 billion since the pandemic began—and that’s after a decade in which only the top 1% increased their share of wealth. Canada is one of the few G20 nations without wealth, estate or inheritance taxes.

The federal government promised in their 2020 Throne Speech to “explore additional ways to tax extreme wealth inequality” but we haven’t seen any action on this yet. As the recent ProPublica tax leak in the U.S. showed, a number of the wealthiest billionaires in the world have been able to avoid paying any income tax in some years because they are able to minimize their taxable income while they accumulate more and more wealth.

The Standing Committee could play an important role by examining ways that the federal government could both reduce these inequalities and raise revenues to support public services and pay for the recovery.

We recommend the federal government consider:

REVERSE THE RACE TO THE BOTTOM ON CORPORATE TAXES

The Conservative government in the UK, U.S. President Joe Biden and other countries worldwide, are now taking firm action to reverse the global race to the bottom on corporate taxes that has gone on for many decades. It’s time for Canada to join them.

Decades of corporate tax cuts have cost federal and provincial governments hundreds of billions yet failed to boost jobs and economic growth—and increased individual and business inequalities as well.

We recommend the federal government:

The federal government’s carbon tax framework can play an important role to help us build back better by sending the right economic signals, making polluters pay and raising the funds to pay for a more sustainable green recovery.  But it is undermined when the federal government still provides fossil fuel subsidies, and when large emitters pay far less for their emissions than individual Canadians do.

We need to strengthen our carbon price framework by converting the cap and trade system for large emitters to a transparent, improved carbon tax with border adjustments, with tariffs applied to imports from countries that don’t take sufficient action on climate change, and rebates for Canadian exporters to those countries.  The federal government has frequently promised to end fossil fuel subsidies. Parliamentarians could assist it in investigating their extent and making recommendations on ending them.

IMPROVE DELIVERY OF SUPPORTS THROUGH THE TAX SYSTEM

The federal government did an extraordinary job of designing and delivering major new programs of emergency aid and benefits to millions of Canadians rapidly and effectively. This highlighted how important the CRA’s tax and benefit infrastructure has become, and also how important it is for Canadians to be included in it, as benefits are increasingly delivered through it. Even in non-pandemic times, over $50 billion in federal benefits require individuals to file their taxes each year.  But too often, those who most need these benefits don’t receive them because of barriers they face in filing their taxes.

An estimated one in ten Canadians—particularly those with low incomes, seniors, people with disabilities, Indigenous Canadians and new Canadians—don’t file their taxes and therefore don’t receive the benefits they are entitled to, undermining efforts to reduce poverty.  Delivery of these benefits could be much improved by introducing automatic tax filing, which would also provide enormous benefits to all other Canadians as well by significantly reducing much of the hassle and cost of annual tax filing.

We were very glad to see the government commit to introduce free automatic tax filing for simple tax returns in the Speech from the Throne last year—but there has been no word or action since then.  The Standing Committee on Finance could play an important role by both considering how the federal government could best introduce automatic tax filing, and further by considering how governments could improve, consolidate and reform their provision of benefits to eliminate poverty.

Canada ranks as one of the two worst countries in the G20 on corporate transparency, which has made us into a destination for money laundering and other illicit activity. We also have a poor degree and quality of public information available on the financial conditions and taxes paid by individuals, corporations and trusts. The latest tax data available through the CRA is for the 2017 tax year, and there’s pitifully little information on corporate taxes.

This dearth of quality information severely impedes our understanding of our real financial and economic conditions and our ability to improve them.  Increasing transparency and accountability is also a powerful tool against corruption and criminal activity: As Justice Louis Brandeis said, “sunlight is the best disinfectant.”

We are very glad the federal government committed in its 2021 Budget to introduce a public registry of the beneficial owners of corporations and look forward to ensuring that this is implemented in an effective and timely way.  But the federal government should also do much more to improve the quality, detail and timeliness of financial and tax information that is publicly available.