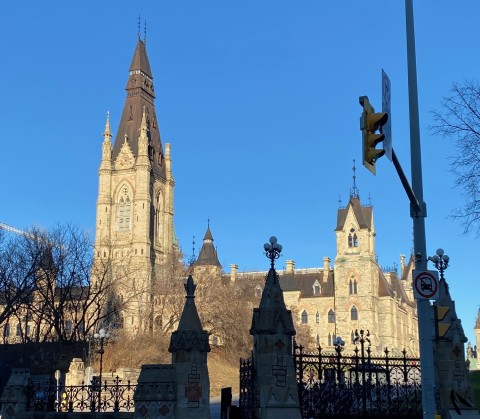 Submission to the House of Commons
Standing Committee on Finance

Pre-Budget Consultations for the 2023/4 Federal Budget

Canadians for Tax Fairness recommends the following priorities for the 2023/4 federal budget:

The pandemic made visible some of the enormous gaps in our social security system. Now, a fragile recovery is being threatened by inflation not seen in decades. However, while Canadian workers and their families are dealing with a higher cost of living, and economic uncertainty, Canadian corporations are reaping record profits and avoiding tens of billions of dollars in taxes.

The Bank of Canada has raised interest rates and signalled further increases. This will raise the cost of government debt. However, public need for government-funded support continues to grow. Canada’s long-term care system desperately needs improvements to properly serve our aging population and their families. We have to attract and train more workers for our severely strained health care system. Growing risks to communities and  infrastructure from climate disasters require investments in both climate action and climate adaptation. Canada has a moral and legal responsibility to ensure all Indigenous communities have equitable access to services and infrastructure—like clean water and secure housing. Done right, public investment supports Canadians, builds valuable assets, creates jobs and bolsters inclusive economic growth.

We are also seeing early signals that a welcomed reduction in inequality—thanks to government financial support of Canadian workers and families—is now being reversed. A more just tax system can reduce inequality while creating fiscal space for job-creating public investment in essential goods and services.

Cuts to corporate income tax rates cost Canadian governments over $741 billion from 2000 to 2019.

The federal income tax rate has been at 15% since 2008. This ultra-low rate is the culmination of a series of tax cuts over four decades by both Conservative and Liberal governments. These cuts were made based on the misguided premise that it would result in more investment in productive capacity. However, corporations actually invest less of their profit back into production than they did before the rate cutting began.

We recommend raising the federal corporate income tax rate to 20%.

Even at 20%, the corporate income tax rate would still be historically low and below the U.S. federal rate of 21%. The PBO estimates that raising the rate to 20% would bring in $11 billion of extra revenue. Given recent inflation, and higher corporate profits, the figure is likely even higher now.

In 2021, corporate tax avoidance by 123 of Canada’s largest corporations more than doubled to $30 billion from an average of $13.5 billion before the pandemic. This massive increase was partially the result of higher corporate profits. But it was also the result of corporations reducing their actual tax rate from an average of 19% for 2017 to 2019, to just 15.3%. This is well below the 26.5% combined federal and provincial statutory rates.

Unfortunately, a lack of transparency means we cannot explain why corporations were able to avoid so much more tax in 2021. It is likely a mix of legal deductions and credits, as well as questionable tax planning maneuvers, including exploitation of tax havens.

A minimum tax on book profits would put a floor on corporate tax avoidance. There would be less incentive to take advantage of tax havens, and other dodgy means of reducing taxes, if a minimum tax of 15% on book profits was enforced. The U.S. recently introduced such a tax as part of its Inflation Reduction Act. If such a tax had been in place in 2021, it would have generated $11 billion in revenue.

Reduce the preferential treatment of capital gains over worker income

Exclusion of one-half of capital gains from taxation costs the government about $22 billion per year. More than half of that goes to corporations. The vast majority of this benefit is claimed by the wealthiest individuals, who own most of the country’s financial assets.

The PBO estimates that raising the inclusion rate to 75% would bring in an additional $9.5 billion in federal revenue. While this measure maintains preferential treatment, it is one way to account for inflation during the holding period. However, the government should implement full inclusion for gains realized on a short time frame, such as one year. It should also implement full inclusion for gains made from flipping houses.

Commit to examine publicly how the tax system can be used to reduce emissions and manage the climate crisis, beyond the carbon tax

The carbon tax has been a necessary, but publicly divisive, measure intended to reduce emissions. However, there is much more that can be done through the tax system to address the climate crisis. Recent weather events, such as the flooding of the B.C. Interior, severely damaged important public infrastructure, destroyed productive assets, and displaced communities. These events are predicted to be more frequent—and more intense—due to climate change.

We need to use every tool available to us to reduce our emissions and manage the on-going effects of climate change. Yet, there has been little public discussion about the potential roles for other types of taxes, either to create better market-based mechanisms to incentivise long-term growth of a clean economy, or to collect revenue for robust public investment. Meanwhile, our existing tax system continues to subsidize our carbon-intensive economy.

We need a commitment from the government 1) to examine how the  tax system—its structure and tools—contribute to climate change, and 2) to explore options for revising the federal  tax system to support a just transition and sustainable economy.

Increase disclosure requirements for corporations to improve transparency and accountability

Corporations are undeniably powerful economic institutions. Sales by Canada’s largest corporations in 2021 were more than twice the GDP of Western Canada. That level of power requires a high degree of transparency and accountability.

Unfortunately, Canada ranks as one of the two worst countries in the G20 on corporate transparency. This has contributed to making it a destination for money laundering and other illicit activity. Canada must require much more corporate disclosure of key financial information. Large corporations need to report on a country-by-country, consistent with the standard agreed upon by the Global Reporting Initiative.

Further increase funding for the CRA to ensure compliance by the wealthiest individuals and largest corporations.

The CRA lags behind other countries in cracking down on tax haven abuse. For example, other countries have recouped more than $1 billion dollars (USD) from tax avoidance disclosed in the Panama Papers. Meanwhile, the CRA cannot say how much of the $75 million in unpaid taxes it has collected. This is due a lack of legal resources, as well as a lack of investigative resources.

While C4TF is hopeful that the government’s update of GAAR will give the CRA more of the legal firepower that it needs to successfully ensure tax compliance by wealthy individuals and corporations, we are concerned that the process has taken far too long. Further, legal resources need to be matched with proper funding. The workers at the CRA need much greater support to ensure that sophisticated tax planning does not allow wealthy Canadians, and large corporations, to excessively avoid paying their taxes. Analysis by the PBO found that, after accounting for inflation, the CRA will see no increased funding for 2017 to 2024. This is unacceptable.

Commit to a public review of federal loopholes that particularly benefit the wealthiest, and highest income, individuals, and large corporations

While C4TF has  called special attention to the capital gains loophole, there are many others that deserve to be examined. All of these loopholes cost the public revenue, many exacerbate income and wealth inequality, and many are of dubious benefit to Canadians.

Including the preferential treatment of capital gains, the federal government loses over $100 billion annually through personal tax expenditures and loopholes. Eliminating or restricting just a few of the most regressive loopholes could generate more than $10 billion in revenue. For example:

The federal government has repeatedly promised to review federal tax expenditures to ensure that the wealthy don’t benefit from unfair tax breaks.

The government must make a clear commitment in the budget to a comprehensive public review of loopholes to determine which benefit all Canadians and which only benefit the wealthy elite.

Commit to improve the amount, detail, quality, and timeliness of information provided by the CRA to the public on the finances of individuals, corporations, and trusts, including ownership, assets, income, and taxes paid.

Canada has a poor degree and quality of public information available on the financial conditions and taxes paid by individuals, corporations and trusts. This dearth of quality information severely impedes our understanding of Canada’s real financial and economic conditions and our ability to improve them. Increasing transparency and accountability is also a powerful tool against corruption and criminal activity.

C4TF is pleased with the government’s progress on a public registry of the beneficial owners of corporations and look forward to ensuring that this is implemented in an effective and timely way.  But the federal government should also do much more to improve the quality, detail and timeliness of financial and tax information that is publicly available.