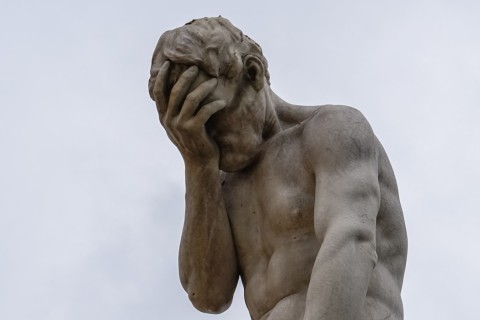 The Liberals are weakening another promised tax measure. A change to the Canada Recovery Dividend (CRD) could allow some of Canada’s biggest, most profitable corporations to keep hundreds of millions of dollars.

We identified 11 Canadian publicly-listed companies that could be subject to the Canada Recovery Dividend based on their 2021 pre-tax profits. The CRD was supposed to apply to the 2021 fiscal year. However, it will now apply to the average of 2020 and 2021. That will reduce the tax base, potentially costing the public billions, while benefiting corporate executives and shareholders.

The following table shows how much money these big corporations could avoid contributing to public finances thanks to the Liberal’s weakening their promised tax measure:

A related problem: The Tax Gap

Our estimates are only indicative of the problem with the CRD because we use the pre-tax income of Canada’s publicly-listed banks and life insurance companies. But corporations are allowed to tell their shareholders one thing, while they tell tax authorities something else because of different accounting standards and the slate of loopholes that corporations use. This produces a “tax gap” between what a company should pay and what they actually pay.

The CRD will be based on taxable income, as reported to the Canada Revenue Agency, instead of the typically higher pre-tax income found in annual reports, known as “book profits”. This means the CRD will compound the ever worsening problem of corporate tax avoidance.

In order to reduce the tax gap, the United States has recently passed a minimum tax on corporate book profits as part of its Inflation Reduction Act. The current Canadian government has not commented on whether it will follow suit.

How the CRD kept getting weaker

The CRD was promised by the Liberals during the most recent election campaign, although with few details. The measure was then included in the 2022 Budget, in a weaker form than promised. Now, draft legislation weakens it further. Here are the details:

Where the Canada Recovery Dividend began

During the election campaign, the Liberals made two promises to raise the tax rate on finance companies:

a) a permanent 3% increase in the corporate income tax rate for finance company profits above $1 billion; and

b) the one-time CRD.

The Parliamentary Budget Office (PBO) estimated that the 3% surtax would generate revenue of $5.3 billion. Despite the lack of details about the CRD, the Liberals—not the PBO—estimated it would bring in $5.5 billion through 2026. The combined revenue would have been $10.8 billion.

Weakening 1: From the election to the budget

In the 2022 budget, the Liberals made changes to both promises:

a) the surtax was lowered to 1.5%, while it would now be applied to profits greater than $100 million; and

b) the CRD was changed to a one-time 15% tax on 2021 profits above $1 billion, and the scope of the tax was narrowed from “financial institutions” to “banks and life insurers”.

The combined revenue of the two measures was now estimated at $4.9 billion, a 55% drop.

Weakening 2: From the budget to the draft legislation

Now, the Liberals are proposing that instead of applying to the profits in 2021, when finance companies reaped record profits, the Canada Recovery Dividend will be based on the average profits for 2020 and 2021. This will substantially reduce the CRD’s revenue.

Why did this happen?

It is common for governments to change their minds after talking to business lobbyists. In this case, the financial companies likely exercised their considerable influence to weaken the CRD.

We cannot know what arguments companies and lobbying organizations might have made for narrowing the scope and reducing the tax base. However, one argument against the tax was made publicly: that it would be passed along to consumers.

Who should pay? Consumers vs corporations.

“It will just get passed along to consumers” is a typical talking point against higher corporate taxes. Yet, those making this argument never suggest that corporations should reduce their dividends or stop buying back shares.

In 2020 and 2021, while Canada’s major financial institutions were being bailed out by the government, they distributed billions more to shareholders than they paid in taxes.

The table below compares the total dividends and share buybacks of the Big 6 to the amount of income tax they paid over those two years.

Dividends & Buybacks vs Taxes for the Big 6 Banks (Table 2)

The Big 6 had almost $100 billion in total after tax profits, so there would be no need to charge their customers more if they were asked to pay slightly higher taxes. Of course, we agree that price-gouging by the banks is a serious concern. But the solution is not to capitulate on taxation.

What should we do?

First, we should demand the Liberals reverse the latest weakening of the CRD. There is no legitimate reason to change the tax base from 2021 to an average with 2020.

Second, we should demand a minimum tax on book profits to help close the tax gap.

Third, we should impose a tax on share buybacks, similar to the one recently passed in the United States as part of the Inflation Reduction Act.