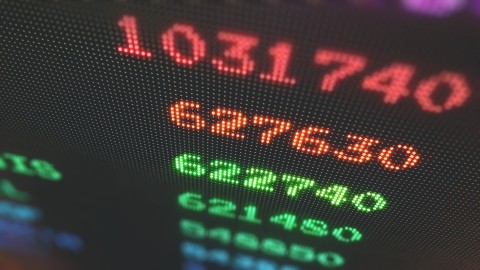 In last week’s fall fiscal outlook, the government announced plans to begin taxing corporate stock buybacks. What are stock buybacks and why is this new tax important right now?

Corporations use stock buybacks to share their earnings with their shareholders while avoiding taxes. It’s a financial maneuver that helps the rich get richer, primarily benefiting executives and those with excess money to invest in the first place.

Our tax and financial system contains many other loopholes that are completely out of reach for Canadians who don’t have money to invest after paying for food, housing and other essential costs.

Stock buybacks contribute to wealth inequality and do not foster growth or business investment, but instead create economic risks. A study by the Canadian Centre for Policy Alternatives, found that in 2017 alone, Canada’s largest publicly-traded companies chose to pay out to shareholders what could have eliminated their defined benefit pension deficits five times over.

Taxing stock buybacks is the right move for the government to make right now. Canadians are struggling with rising prices while corporations are reaping record profits and paying less tax, as our recent report uncovered.

Taxing stock buybacks is one way to level the playing field. The richest Canadians have grown their wealth during the pandemic. Executive pay has hit record highs in recent years. Inequality has worsened as many workers’ wages have failed to keep up with the pace of inflation. A looming economic crisis will make inequality worse.

A tax on stock buybacks reduces inequality in two ways:

As a bonus, this helps the economy – putting more money back into Canadians’ pockets to spend in their communities, rather than sitting in a wealthy shareholder’s account.

The tax could also encourage corporations to invest in reducing their emissions, instead of simply rewarding shareholders. A recent Pembina Institute study found that Canada’s oil and gas corporations are using their record profits for share buybacks and dividends, rather than decarbonization.

Within hours of the government’s announcement, business lobbyists representing some of the most profitable and powerful corporations, blasted the proposed tax, calling it “hostile” towards business.

In reality, the 2% tax will barely make a dent in the soaring profits of oil and gas titans. In just this last financial quarter, a handful of the biggest oil companies collectively posted several billions in profits.

The stock buyback tax doesn’t raise the amount of revenue that is needed or fair, given these excessive profits. We should continue advocating for other measures to hold corporations accountable.

By far, one of the biggest tax loopholes remains the capital gains loophole. Only half of capital gains are taxed, enriching corporations and the wealthy, while costing the government $22 billion each year.

Raising the corporate tax rate from 15% to 20% could raise $11 billion in revenue. We know now that tax cuts do not foster economic growth or business investment. Large profitable corporations should be paying more.

A minimum tax on book profits would also prevent companies from taking advantage of other tax loopholes by taxing the profits that corporations report to their shareholders. Canada should follow the lead of its closest trading partner, the U.S., which is moving ahead with a minimum book profits tax.

Economists have shown that these and other progressive tax changes could raise more than $90 billion in revenue.

For now, a tax on share buybacks is a step in the right direction by the federal government. It sends a timely signal to corporations that it can no longer be business as usual.

If Canada is going to weather the upcoming economic storm and an unavoidable climate catastrophe, it will need to shore up resources and make significant investments. It’s only fair that corporations that have done excessively well in recent years --while contributing to inflation and the climate crisis-- should help pay for it.