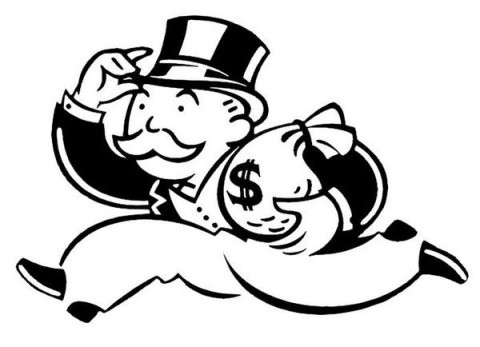 The Canadian government loses over 40 billion dollars every year because of tax loopholes.

Most of that money ends up in the pockets of large corporations and very rich people, whose wealth would continue to grow even if those loopholes were closed.

Meanwhile, the public services we all benefit from such as healthcare, education, public transport, and protecting the environment, remain underfunded.

Capital gains are categorized as income, but Canadian tax policy mandates that only 50% of your capital gains be included in your taxable income. Individuals and corporations who have income through capital gains get half of it tax free, while everyone else pays the full rate of tax on the income they earn from actually working. Over 90% of the value of this tax break goes to the top 10%, and an estimated 85% of the value goes to the top 1% of income recipients. [Learn more...]

International tax dodging costs Canada between $10 billion and $25 billion every year. The use of tax havens is almost exclusively for the benefit of the largest corporations and wealthiest people. Canada even has "double-non-taxation agreements" with over 80 countries, which often prevent companies from being taxed in either Canada or the other country. [Learn more...]

Individual shareholders who receive corporate dividends get a tax break. It was established  to compensate shareholders for the corporate taxes that businesses pay, but is unfair in practice because beneficiaries save more money as tax credits than they supposedly lost through taxes on their shares, Canada's corporate tax rates are already at all-time lows, and almost all the people saving money via this tax credit are already very wealthy. [Learn more...]

Canadian governments subsidize the fossil fuel industry to the tune of $4.8 billion per year, through things like  lower carbon tax rates, reductions on crown royalties, tax credits for infrastructure, and support for research & development. [Learn more...]

Stock options get treated like capital gains (see above), so money made from stock options gets taxed at half the rate everyone else pays on their employment income. Most of the people benefitting from this loophole are already rich executives who receive stock options as a form of compensation. In fact, over 90% of the value of this $840 million tax loophole goes to the top 1%: those making over $250,000 a year. [Learn more...]

Businesses can deduct half the cost of a wide variety of expenses, such as all manner of restaurant meals and drinks, private boxes and tickets to sports events and concerts, full vacations, and much more. Some forms of meal and entertainment expenses such as office parties can be fully deductible. The original intent was to give small businesses a tax break for the cost of conducting business with clients. However, the deduction has become widely abused by big corporations. [Lean more...]

Canada’s 100 highest-paid CEOs received an average of $10.9 million annually in 2020 - 191 times more than the average worker wage. The money paid to executives can be claimed as a “cost of doing business” no matter how obscene the salary. [Learn more...]

The people vs. special interests

Closing these loopholes is possible and in many cases simple, but politicians have been reluctant to act, due in part to lobbying by special interests. Only public pressure can move them to adopt the needed changes in our tax laws, and recover the billions we need to support our public services.