Explainer: What are double non-taxation agreements with tax havens? 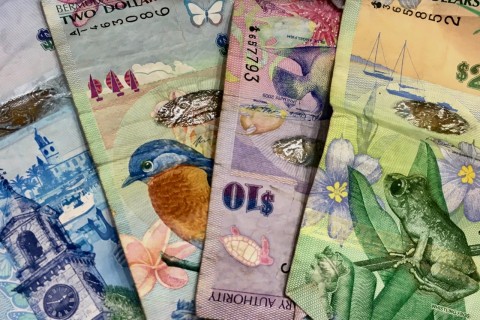 As of this year, Canada has tax treaties with 84 countries, and 11 more are under negotiation. These agreements supposedly exist to prevent companies from being taxed twice - once in Canada, and again in the other country.

The Canadian government loses billions of dollars every year because of these double non-taxation agreements. Only the largest corporations—and the wealthiest individuals—benefit from allowing these agreements to exist.

WHAT IS A TAX HAVEN?

According to the OECD, a tax haven is a country or jurisdiction with

HOW DO DOUBLE NON-TAXATION AGREEMENTS WORK?

Double non-taxation agreements with tax havens allow multinational corporations to avoid tax in a number of ways. Companies with expensive lawyers and accountants can create a multitude of complex schemes to minimize or eliminate the amount of international tax they pay.

Corporations can find ways to receive the same tax deduction in multiple countries on the same income. It would be like if you were doing your tax return and claimed every deduction twice.

Corporations can receive a deduction on their income in one country while not including that same income in another country. Their tax bill shrinks based on how they categorize and label their income. That sort of silliness is what the general anti-avoidance rule is supposed to prevent. Unfortunately, Canada’s is out-of-date.

Corporations can claim foreign tax credits even though they do their business in Canada and should not receive extra tax breaks.

HOW BAD IS TAX TREATY ABUSE IN CANADA?

Canadian corporations have assets of over $300 billion in tax havens with which Canada has signed tax treaties, and wealthy individuals have stashed billions more.

CASE STUDY: Laughing all the way to the tax haven

In 2011, two American companies created a Canadian subsidiary called Alta Canada which bought $300 million in capital property. Selling this property would normally be taxable in Canada.

In 2012, Alta Canada created a holding company in Luxembourg, and transferred its property to that entity. Canada has a tax treaty with Luxembourg which has relatively more lenient tax regulations.

In 2013, the holding company sold that property to a third party for a capital gain of $380 million. Very little tax was paid in Luxembourg and zero tax was paid in Canada or the US.

In 2021, Alta admitted in court that this sale was a tax avoidance transaction. The Supreme Court of Canada ruled this as “creative, immoral, and aggressive tax avoidance,” but that it was perfectly legal, by the standards of the tax treaty, and thus not punishable in the eyes of the law.

This case illustrates the real problem: these agreements are perfectly legal. Why should it be legal to pay zero tax after making a $380 million sale, when most Canadians pay tax on every dollar they earn from employment, and most Canadian businesses are unable to dodge taxes this way?

HOW DO WE SOLVE THE PROBLEM?

We need to amend Canadian tax treaties and agreements with tax havens that allow for double non-taxation.

Pieces of these treaties and agreements we can amend to be fairer include: