Explainer: What’s the difference between statutory and effective tax rates? 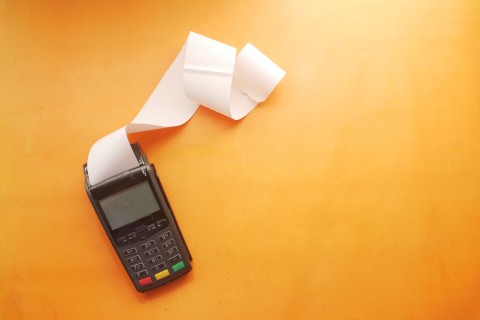 WHAT ARE ‘STATUTORY’ TAX RATES?

Statutory tax rates are the rates set by government statute as a percentage of a corporation’s or a person’s total income.

For individuals, the 2022 statutory federal rates are 15% on the first $50,197 of income, and a higher percentage on the portion of income that falls into higher tax brackets. So if an individual (let’s call her Ms. Middleclass) has $50,000 in taxable income, Ms. Middleclass would have a gross federal income tax of $7,500.

Neither corporations nor people end up paying as much tax on their income as the statutory rate indicates.

The richest corporations and individuals can afford to hire expensive lawyers and accountants, who use sophisticated tax schemes, create and exploit loopholes, use tax havens, and otherwise reduce their clients’ taxes in ways that ordinary Canadians cannot.

WHAT ARE ‘EFFECTIVE’ TAX RATES?

For example, if Joe’s Shop qualifies for $5,000 in tax credits, so its tax payable is reduced, here’s how the company’s statutory and effective tax rates will look:

Or, for example, if Ms. Middleclass qualifies for $2,000 in tax credits, so only pays $5,500 of the $7,500 she would owe at the statutory rate, here’s how her statutory and effective rates will look:

STATUTORY AND EFFECTIVE RATES ARE CHANGING

Statutory tax rates are officially changed from time to time by federal and provincial governments. C4TF’s report, January 7th is Corporate Income Tax Freedom Day, describes how corporate tax rates have been cut to about half what they were in the 1960s, while personal statutory rates haven’t changed much in the last 30 years.

Effective tax rates change fairly often, as governments adjust deductions and credits (or at least promise them during elections). Large corporations and wealthy people are able to take advantage of tax laws in increasingly creative ways that dramatically reduce their taxes. This allows their effective tax rates to fall even more than cuts to statutory rates.

WHO HAVE THESE CHANGES HELPED?

The decline in statutory and effective tax rates in recent decades has mostly impacted the richest and the poorest Canadians.

Large corporations have been able to keep over $1.1 trillion that would otherwise have gone to governments over the last two decades. The wealthiest 1% of Canadians has also done very well: they now pay a lower overall rate of all taxes than all other Canadians, including the poorest 10%, and the top 1% were the only Canadians who increased their share of Canada’s wealth between 2010 and 2019 - it went from 18% to 26%.

Conversely, the bottom 20% of earners have not benefited from lower rates. Even when they paid slightly less tax, their wages were stagnating or declining in relative terms, and the large reduction in government revenue meant reductions in the public services that help low-wage earners the most.