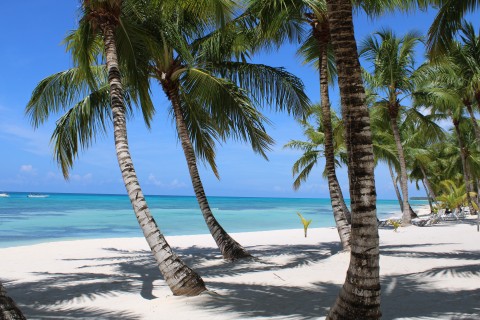 The corporate “tax gap” exceeded $30 billion in 2021. Large corporations are making higher profits and paying lower taxes. A lack of transparency means we do not know how they lowered their tax rates. What we do know is that the value of Canadian Foreign Direct Investment (FDI) in the top tax havens has increased by more than $126 billion since 2016.

In 2017, we looked at the use of tax havens by the top 60 companies in the Toronto Stock Exchange (TSE). Most of the biggest companies have subsidiaries in tax haven jurisdictions; some companies have over 50 each. This allows these companies to store wealth and shift profits, avoiding taxes in Canada by paying a much lower rate in these jurisdictions.

We also noted that the value of Canadian FDI in the top 10 tax havens reached over $284 billion in 2016.  The latest data from Statistics Canada shows that—despite widespread concern—the trend continues. As of 2021, Canadian assets in the top 16 tax haven jurisdictions now surpasses $400 billion. 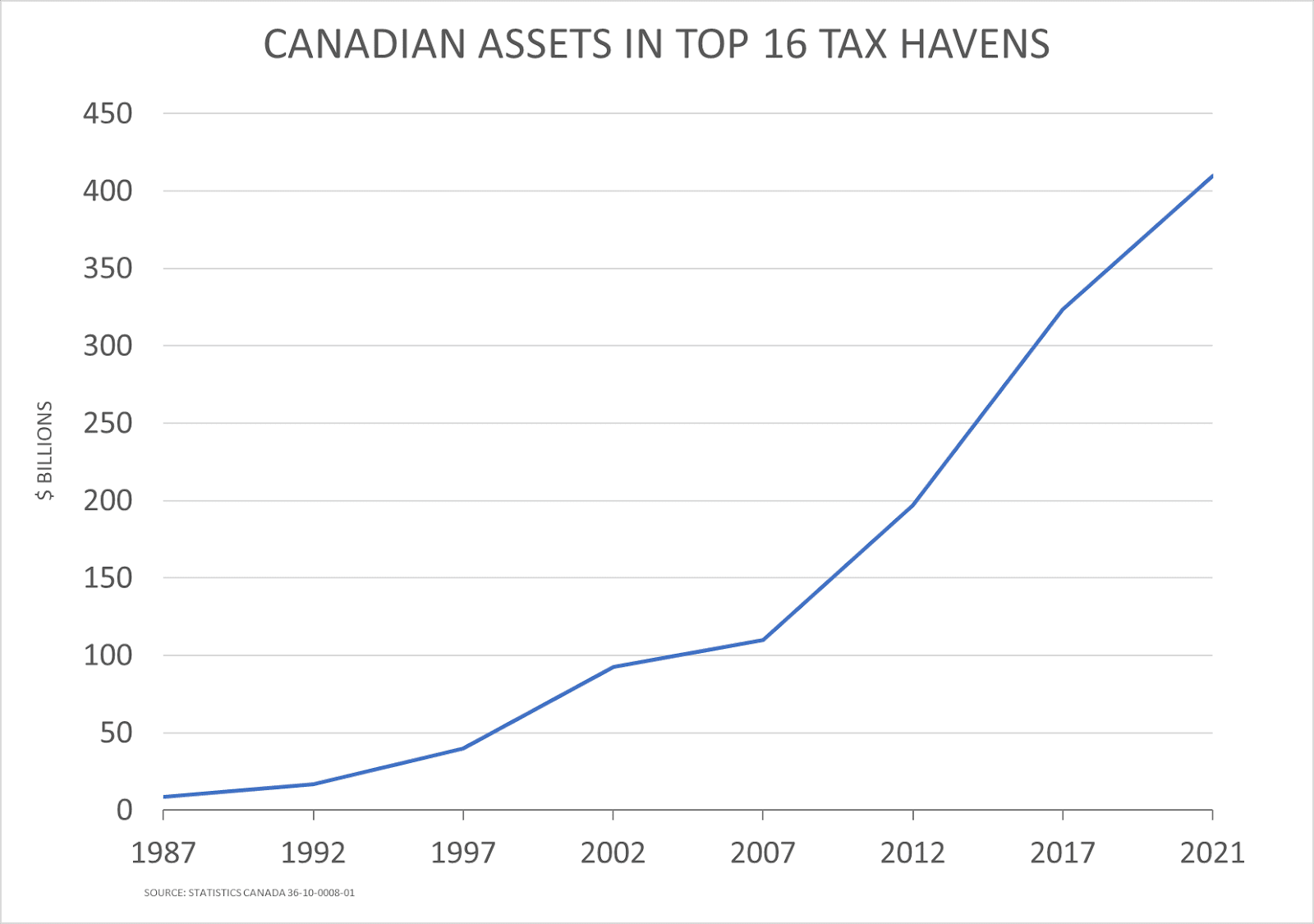 Employment levels offer some insight into what is investment in productive activity and what is not. In 2014, subsidiaries situated in tax havens employed a maximum of 50 employees per $1 billion in assets whereas subsidiaries in non-tax havens employed between 1,240 and 2,760 employees per billion. As of 2019, there has been a very slight increase. This shows a change in the right direction but more is needed to account for the disconnect between investment and employment. Subsidiaries in tax havens have from one employee (Cyprus) to a maximum of 349 employees (Panama), compared to non-tax haven jurisdictions such as Germany that employed 2578 employees per $1 billion in assets in 2019. 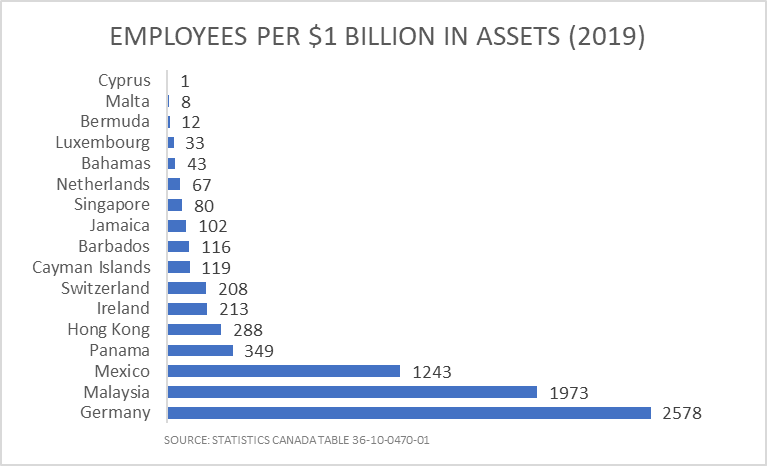 The continued growth of Canadian assets in tax havens is alarming. However, data limitations suggest that these are underestimations. The use of tax havens is a long-standing problem that is facilitated by a lack of transparency. Canada should require country-by-country reporting of tax information in line with the standards recommended by the Global Reporting Initiative. Australia has introduced a plan for country-by-country reporting in its latest budget.

Canada has experienced a consistent rise in inequality since the 1980s. The use of tax haven jurisdictions, combined with cuts to the CRA that undermine its ability to crackdown on illegitimate tax avoidance, have amplified the problem.

The COVID-19 pandemic exposed several flaws in our system, and made clear the need for major government investment in public services and infrastructure. The huge amounts of tax revenue lost to corporate exploitation of tax havens could aid economic recovery and growth. This would have the added benefit of improving wealth distribution.

The biggest corporations benefit greatly from public investment in infrastructure, education, healthcare, and other public goods. Loopholes, including treaties with tax haven jurisdictions, should be revised to tackle the expanding gap between the rich and the poor. Lost tax revenue should be recovered and invested in Canada to speed economic recovery and tackle major issues such as climate change.